MLA style is a referencing method developed by the Modern Language Association.

It consists of two parts: a brief in-text citation in the body of your essay and a detailed list of the “Works Cited” at the end of the work.

Consists of all sources used in the assignment, organised alphabetically at the end of the document. It includes:

See section below for details.

A selection of examples are including in the following document

The following guidelines apply to any type of source, in any format.

If citing two or more different sources for the same point, separate multiple citations by a semi-colon within the same parentheses, e.g. (James 19; von Kelaita 67-68).

Where there is no known Author (Personal or Institutional) use a short form of the work's Title in "quote marks."

For multiple Authors, include up to two Author Surnames with "and," for a source with three or more authors, list only the first Author’s Last Name, and replace the additional names with "et al." e.g. (Lancaster, et al.).

For multiple works by the same Author, include a Shortened Title for each work to distinguish it from the others. Put Short Titles of books in italics and articles in "quote marks" after the Surname, e.g. (Smyth, “Memories of Motherhood” 77).

Page numbers are normally used, however paragraph numbers (Hemingway par. 7) or line numbers (Dante line 90) may be used for poetry.

For classic and literary works with multiple editions and versions, give the page number of your edition followed by a semicolon, and then the abbreviations for volume, book, part, chapter, section, or paragraph (as appropriate). For example: "... Marx and Engels described human history as marked by class struggles (79; ch. 1).

When citing multi-volume works, always include the volume number followed by a colon. Put a space after the colon, then provide the page number(s) (If you only cite from one volume, provide only the page number in parentheses.) "... as Quintilian wrote in Institutio Oratoria (1: 14-17)."

When citing an Author quoted in your source, note the Author in your assignment, but only cite the source you have used, e.g. "... Johnson says, 'this' (as qtd. in du Bois 46)."

For example, citing Garner as quoted in pages 62-71 of Volume 2, Section 9 of a classic work by one of two different Authors named Schmidt: 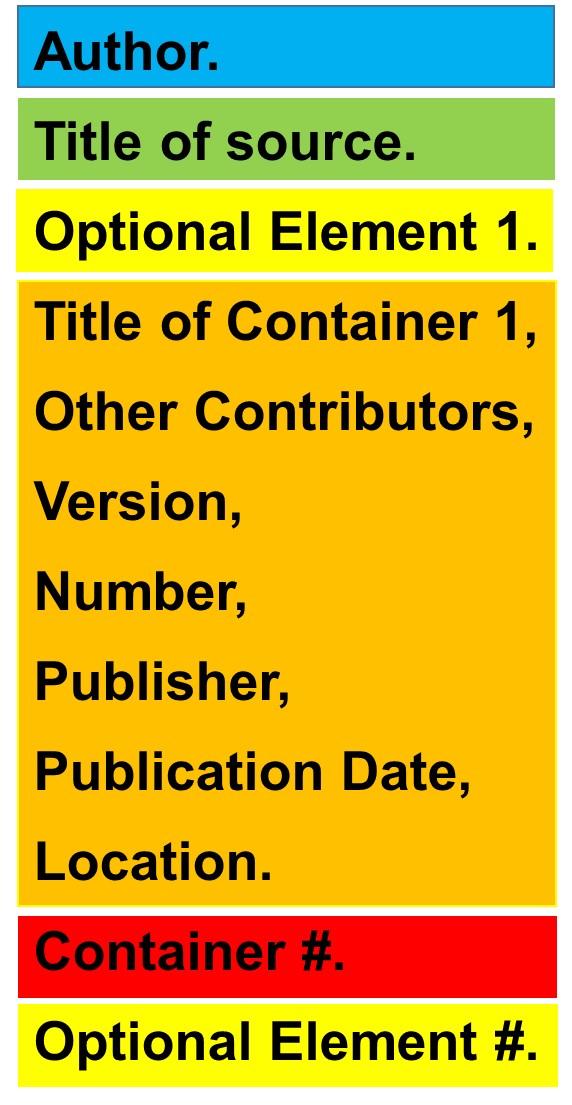 Works Cited is a list of sources from which you have borrowed information or ideas. You need to acknowledge – or cite – all your sources.

Arrange the works in alphabetical order by the first element, usually the author’s surname. The elements of each entry, including the formatting and punctuation, are as follows. Omit any element which is not relevant. Format the second and subsequent lines of each entry with a hanging indent.

by OWL at Purdue University 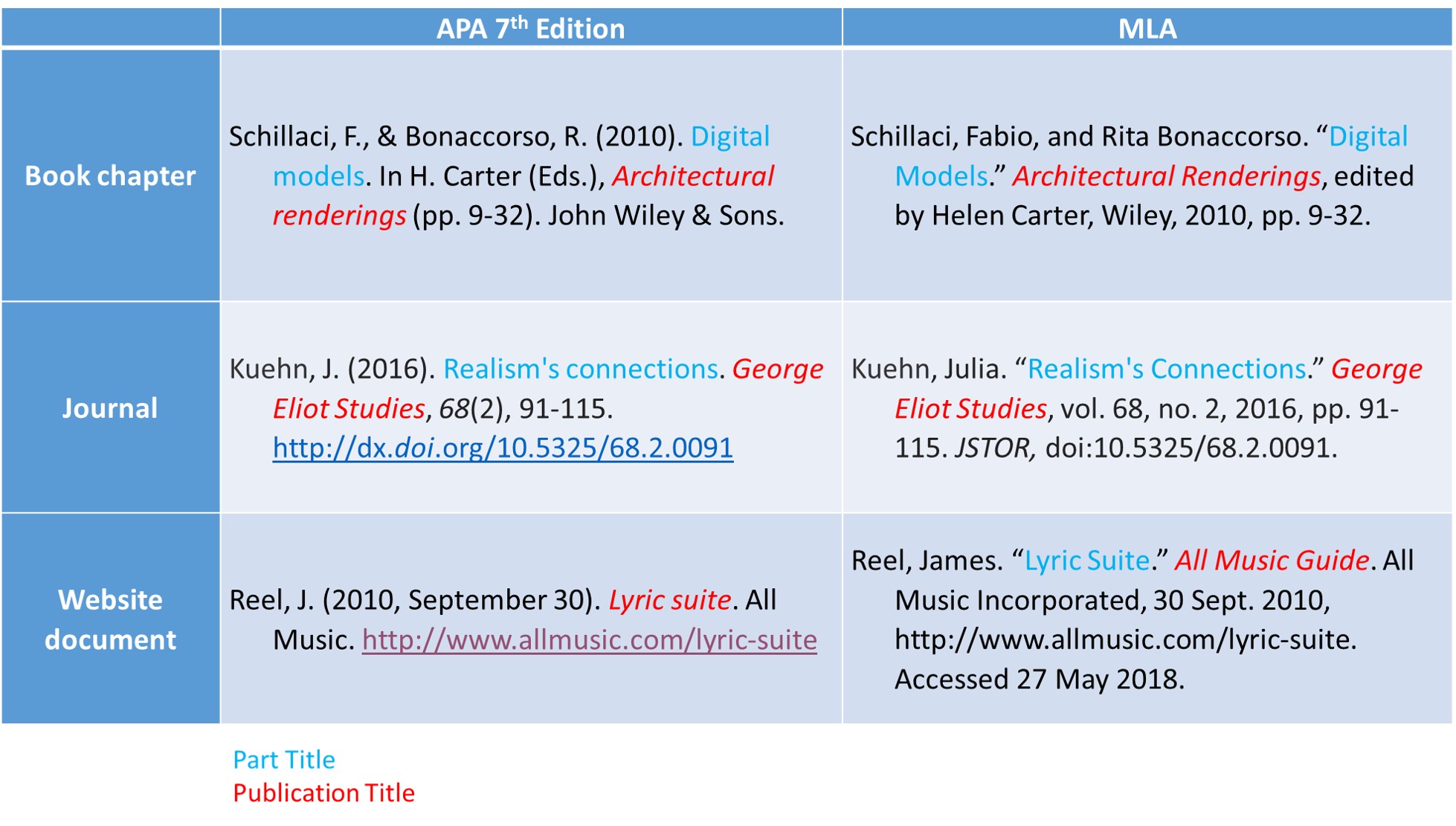